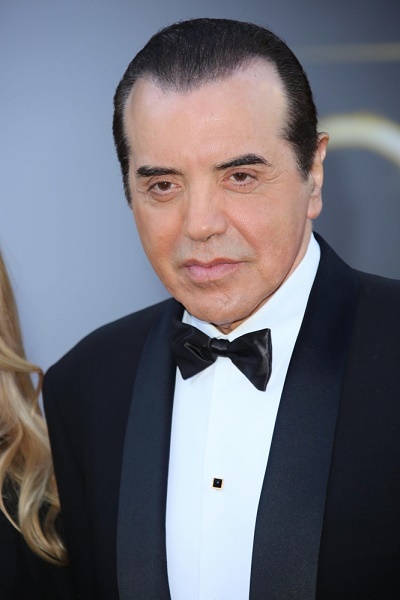 Palminteri in 2013, photo by PrPhotos.com

Chazz Palminteri is an American actor, director, screenwriter, producer, and playwright. His roles include A Bronx Tale, which was based on his autobiographical play, as well as Bullets Over Broadway, The Usual Suspects, Analyze This, Poolhall Junkies, In the Mix, Running Scared (2006), and Vault, among many other films.

He is the son of Rosina (Anello) and Lorenzo Palminteri. Chazz is married to Gianna Ranaudo, with whom he has two children.

Chazz’s paternal grandparents were from Menfi, Province of Agrigento, Sicily. They married in 1908 and moved to the United States in 1910.