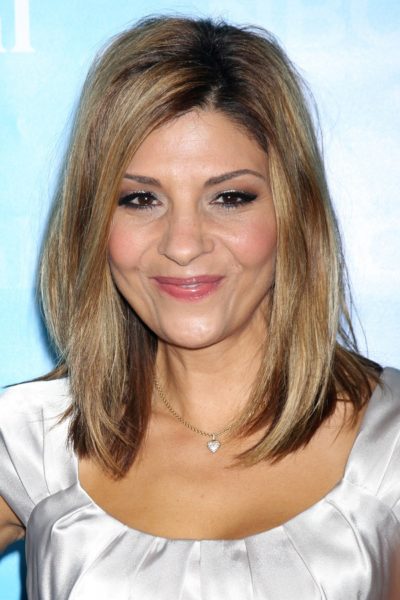 Callie Thorne is an American actress.

Callie is the daughter of Karen Silver (Oshana) and Stuart Ewen Thorne.

Callie’s father is of half Ashkenazi Jewish and half British Isles (Irish, English, Welsh) ancestry. Callie’s mother has stated that she is of Assyrian and Armenian descent. Callie’s mother’s family were members of St. Stephen’s Armenian Apostolic Church.

I’m Armenian but I pass for several ethnicities, which is great. It’s easy for me, and I do accents really well. But it’s not all that I can do. That particular movie and this show — because I’m playing Laura Ballard, not Laura Esposito — show that.

Callie’s paternal grandfather was Samuel Edmund Thorne (the son of Bernard David Thorn and Julia/Julie Parvel/Pawel). Samuel was a legal historian and professor at Harvard Law School. Bernard was a Jewish immigrant, who was born in Austria, the son of Samuel Thorn and Rosa Bader. Julie was born in New York, the daughter of Jewish immigrants, Adolph Parvel/Pawel, from Leszno, Poland, and Emma Klein, from Leipzig, Germany.

Callie’s maternal grandfather was Samuel Pius Oshana (the son of Pius Oshana and Martha). Samuel was born in either Russia or Connecticut, to Assyrian parents from Persia (now Iran).

Callie’s maternal grandmother was Beatrice Davidian (the daughter of Khachig/Rathador Davidian and Siranoush). Beatrice was born in Connecticut, to parents from Armenia.

Sources: Genealogy of Callie Thorne (focusing on her father’s side) – https://www.geni.com