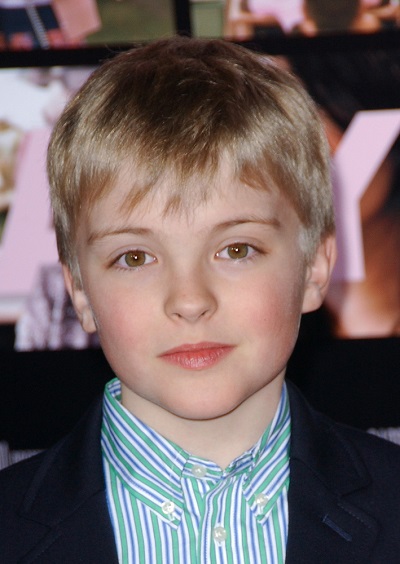 Robinson in 2010, photo by PrPhotos

Bryce Robinson is an American actor. His brother is actor Thomas Robinson.

Bryce’s paternal grandfather was Mark Leighton Robinson (the son of Ernest Guy Robinson and Florence Iola Lemmon). Mark was born in California. Ernest was the son of Charles/Charlie L. Robinson, whose parents were from England and Scotland, respectively, and of Mertie/Myrtie Owen. Florence was the daughter of John L. Lemmon and Georgiana Watts, whose parents were also from England and Scotland, respectively.

Bryce’s paternal grandmother was Jean Marie Ries (the daughter of Ronald Bayers Reis and Katharine Beatrice Willis). Jean was born in Montana. Ronald was the son of a Danish father, Hans Jørgensen Ries, who was born in Beftoft, Haderslev, and of an American mother, of Danish descent, Cecelia Marie Bayers. Katharine was the daughter of an English father, The Rev. Francis Willis, Jr., and of Ida Elizabeth Rowe, whose parents were from England and Switzerland, respectively.

Bryce’s maternal grandmother is Bonnie Elaine Kruger (the daughter of Noble John Kruger and Lois Elaine Mitchum). Noble was the son of Herman C. Kruger and Ferdinan “Nanny” Vorath, who were German. Lois was the daughter of Martin Millard Mitchum, Sr. and Nora Marchie Johnson.