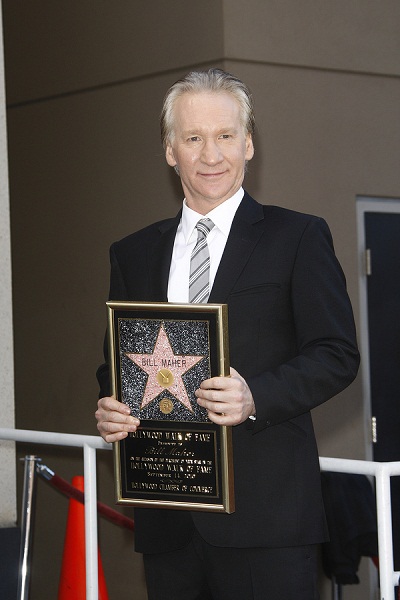 Maher in 2010, image via Joe Seer/Bigstock.com

Bill Maher is an American television personality, comedian, political commentator, writer, critic, actor, and producer. He has hosted the show Real Time with Bill Maher since 2003. He previously hosted the show Politically Incorrect from 1993 to 2002. He was also behind the film Religulous.

Bill’s father, William Aloysius Maher, Jr., was of Irish Catholic descent, with some roots in County Kerry. His mother, Julie (Berman), was Jewish (of Russian Jewish, Polish Jewish, and Hungarian Jewish descent). Maher was raised Catholic, and did not find out about his mother’s heritage until he was thirteen. Bill was raised in River Vale, New Jersey.

A DNA test taken by the show Finding Your Roots with Henry Louis Gates, Jr. (2016) stated that Bill’s genetic ancestry is:

Bill’s maternal grandfather was Nathan Berman (the son of Louis Berman and Annie Cohen). Nathan was born in New York, to Jewish parents from Poland/Russia. Louis was the son of Jacob Berman and Yetta Finkelstein.

Bill’s maternal grandmother was Stella Fox (born Stella Fuchs, the daughter of Samuel/Simon Fuchs, later Fox, and of Esther Freundlich). Stella was born in New York, to Jewish parents from either Hungary or Germany (depending on the census). Samuel was the son of Abraham Fuchs and Toube/Taube Kurnhanser/Kornhauser. Esther was the daughter of Bernhard/Bernath Dov Freundlich and Julia Neuman.