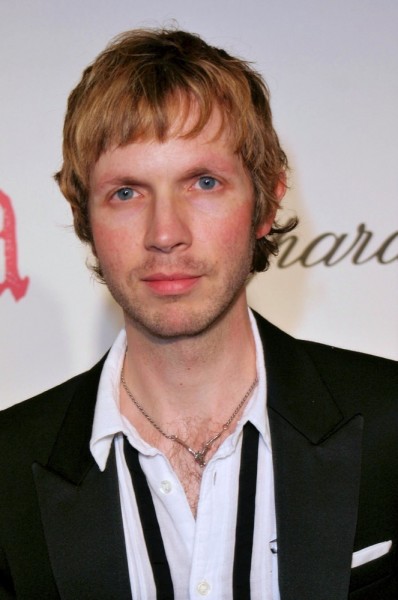 Beck is an American singer, songwriter, musician, and producer. He is the son of Bibbe Hansen, a performance artist, musician, and actress, and David Richard Campbell, an arranger, composer, and conductor, who was born in Toronto, Ontario, Canada. Beck is married to actress Marissa Ribisi, with whom he has two children.

Beck’s paternal grandfather was D. Warren Campbell. D. Warren was from Winnipeg, and was of at least partly Scottish descent. He was a Presbyterian minister.

Beck’s paternal grandmother was Noreen/Norean Lyle Reid (the daughter of Stanley Richard Reid and Elsie Elenor Newman). Norean was born in Manitoba, Canada. Stanley was born in Manitoba, the son of Ontario-born parents, William Henry Reid, whose parents were English, and Margaret/Margret Melissa Darling, who was of at least half Irish descent. Elsie was the daughter of John Thomas Newman and Eliza Jane Dundass, who was English.

Beck’s maternal grandfather was named Alfred Earl “Al” Hansen (born Alfred Duckworth, the son of Franklin T. Duckworth and Katherine C.). Alfred, an artist, was born in New York, and took on the surname of his stepfather, Nicholis Hansen. Though Beck’s mother has stated that she is of part Norwegian descent, it appears that Alfred Dckworth/Hansen was of mostly English, and some Scottish, ancestry, and that only his stepfather was of Norwegian origin.

Beck’s maternal grandmother was Audrey Ostlin (the daughter of Olaf Gabriel Ostlin/Ingeniar and Sadie Rosenberg). Audrey, a poet, was born in New Jersey. Olaf was Swedish, born in Stockholm, Sweden, the son of Olof Östlin and Anna Matilda Andersson. Beck’s matrilineal great-grandmother Sadie was Jewish, born in Brooklyn, New York, to a father from Łomża, Podlaskie, Polska, Abraham Rosenberg/Czarka, and a mother from Russia, Fannie Melutnik.

Beck has said that he was raised celebrating Jewish holidays and considers himself Jewish. He has also been a Scientologist.