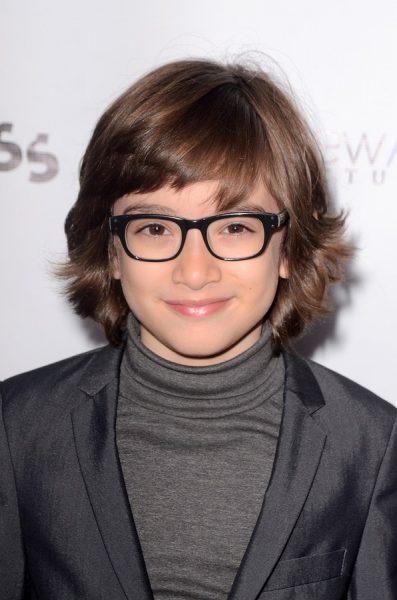 Robertson in 2019, photo by kathclick/Bigstock.com

Azhy Robertson is an American actor. He played Henry, the son of Adam Driver and Scarlett Johansson’s characters in the film Marriage Story (2019), and starred in the film Come Play and the mini-series The Plot Against America (2020). In the latter, his character is Jewish, a stand-in for writer Philip Roth.

Azhy’s father was born to a father with Scottish heritage and a Jewish mother, and was likely raised Jewish.

His mother Shok has written:

I made it to the U.S. from Iraq by way of Kuwait, Iran, and Turkey at age 22. My family are Kurdish survivors of the Gulf War uprisings and the retaliation that followed. After lawyers’ fees, being refused, my case getting reopened, and a lot of heartache, I received my refugee status in the U.S…. I studied, worked for major corporations, and eventually went back to the Middle East and Afghanistan to work in humanitarian aid with U.S. agencies. When I became a naturalized citizen in 2001, I finally reached freedom. Eventually I settled in New York…

Azhy’s paternal grandmother was born Marilyn Faye Marder. Marilyn is Jewish, and is a practicing Jew.