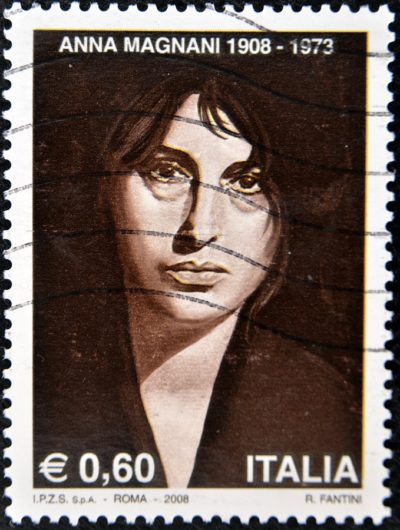 Anna Magnani was an Italian actress of stage and film. She won the Academy Award for Best Actress for The Rose Tattoo (1955). She was the first actress of Italian origin nominated for the lead Actress Oscar.

Anna’s biological father, Pietro Del Duce, was from Calabria, Italy, possibly from Tropea, Calabria. Anna’s mother, Marina Magnani, was a tailor from Ravenna, Emilia-Romagna, Italy. Marina moved to Egypt, where she re-married to a rich Austrian man. Anna had a son with actor Massimo Serato. Her granddaughter is actress Olivia Magnani.

There are statements and rumors that Anna had Egyptian and/or Jewish ancestry. These claims are unverified.

Genealogy of Anna Magnani (focusing on her mother’s side) – https://www.geni.com