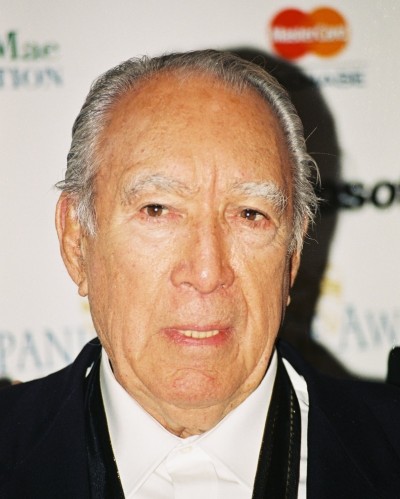 Anthony Quinn was a Mexican-born American actor, painter, writer, and film director. He twice won the Academy Award for Best Supporting Actor, for Viva Zapata! (1952) and Lust for Life (1956).

Anthony’s maternal grandfather was the son of Jose Oaxaca and Concepcion Torres. Concepcion was evidently born in Barcelona, Spain.

Source: Genealogy of Anthony Quinn (focusing on his mother’s side) – https://www.geni.com