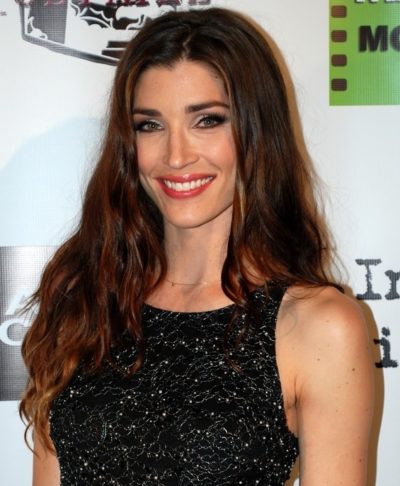 Annalaina Marks is an American model, actress, and television personality. She is known for being a contestant on the third season of America’s Next Top Model.

Annalaina is the daughter of Elaine (Schubeck) and Dennis Robert Markley. Annalaina is the co-author of a book entitled Family Trip to Slovakia – Back To Our Rusyn Roots.

Annalaina is married to actor and model Colin Branca, with whom she has a child.

Annalaina’s paternal grandfather was George Markley/Markovich (the son of Stephen Markovich and Mary Bero). George was born in Pennsylvania, to parents from Czechoslovakia (now Slovakia).

Annalaina’s paternal grandmother was Betty Jean Burger (the daughter of Floyd Burger and Bertha Krop/Kropp). Floyd was the son of Samuel Burger, whose mother was English, and of Nellie Moore. Bertha was the daughter of John Krop/Kropp and Albertina “Bertha” Glessman/Geissman, who were born in either Poland or Germany.

Annalaina’s maternal grandmother was Helen Krivonak (the daughter of Steven/Stephen “Steve” Krivonak and Anna Orlovsky). Helen was born in Pennsylvania, to parents from Czechoslovakia (likely Slovakia).