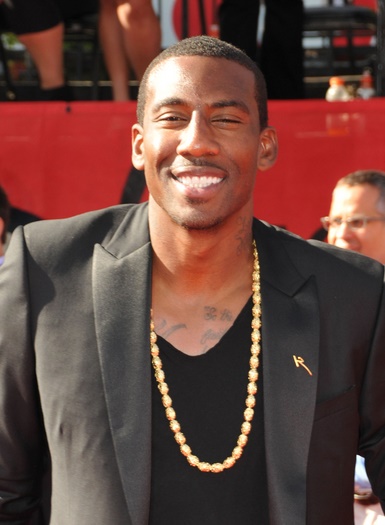 Stoudemire in 2011, photo by Prphotos

Amar’e Stoudemire is an American and Israeli basketball player. His parents, Carrie (Palmorn) and Hazell Stoudemire, are both African-American. He is married to Alexis Welch, with whom he has four children.

In 2019, Amar’e became an Israeli citizen, and has played for an Israeli basketball team. He formally converted to Judaism in 2020, with a Rabbinical Court. He took on the Hebrew name Yahoshafat Ben Avraham.

In the past, Amar’e had sometimes said that his mother had some degree of Jewish ancestry. It is not clear if Jewish heritage has been verified/documented for Amar’e’s mother.

Amar’e’s paternal grandmother was Oriephine Lamar (the daughter of Joe/Joseph David Lamar and Alabama Robinson). Oriephine was born in Alabama. Joe was the son of Will/William Lamar and Mittie/Mit Dejarnette.

Amar’e’s maternal grandfather was Jack Palmorn (the son of Joe Palmorn and Carrie Jackson). Jack was born in Georgia.