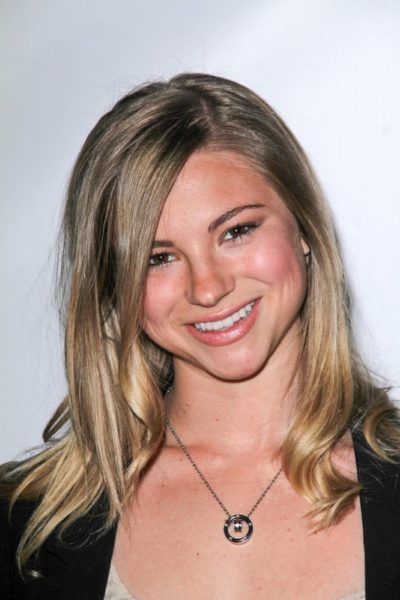 Allie Gonino is an American actress, singer, and songwriter. Her roles include the series The Lying Game and 10 Things I Hate About You.

Allie has stated that she has Italian and Cherokee Native American ancestry. Her other roots are German, Swiss-German, English, and Irish. Allie’s German and Swiss lines include her ancestors Johann Conrad Dieffenbach, who was born, c. 1660, in Germany, and his wife, Maria Barbara Christeler, who was born, c. 1670, in Bern, Switzerland.

Allie’s great-grandfather William, who was listed as white on the 1910 and 1920 U.S. Censuses, was the son of Andrew Jackson Henderson and Martha Ellen Daugherty, who had some French Huguenot ancestry through the surname Prevatte.

Allie’s great-grandmother Lillian, who is listed as a Native American on the 1920 U.S. Census, was the daughter of Walter/Watt Duncan Gott, who had Cherokee Native American ancestry, and of Lillian/Lelu Adda Pennel, who was white.

Allie’s maternal grandmother was Geneva Sue Butler (the daughter of Gee/Geet/Gert Dick Butler and Mae Nichols). Geneva was born in Oklahoma. She is listed as Native American on the 1940 U.S. Census. Her father had Cherokee Native American ancestry and her mother was white. Gee was the son of George A. Butler and Charlotte Downing. Mae was the daughter of James M. Nichols.