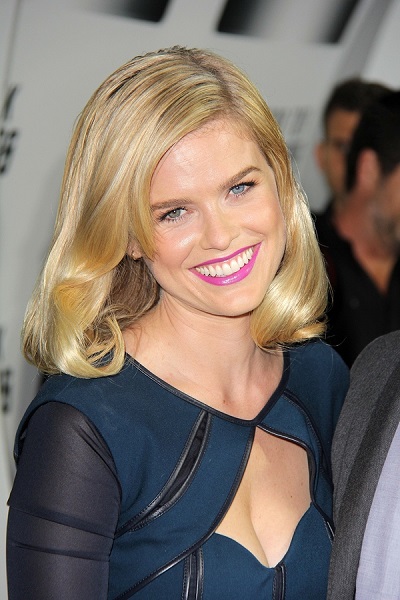 Alice Eve is a British actress.

She is the daughter of actors Trevor Eve (Trevor John Eve) and Sharon Maughan (born Sharon Patricia Mughan). Her father has English and Welsh ancestry. Her mother is of Irish, and possibly English, descent. Her siblings are actors Jack Eve and George Eve.

Alice’s paternal grandmother was Elsie Hamer (the daughter of Orby Charles Hamer and Gwladys Maud Harris). Elsie was Welsh, and was born in Neath, Glamorganshire, Wales. Orby was the son of Charles Hamer and Elizabeth Woosnam. Gwladys was the daughter of William Harris and Margaret. Through her Woosnam line, Alice is a distant cousin of Welsh golfer Ian Woosnam.

Alice’s maternal grandfather was Francis Mughan (the son of Patrick Mughan and Sarah A. Salter/Salters). Francis was born in West Derby, Lancashire, England.

Alice’s maternal grandmother was Norah B. McLay (the daughter of John McLay and Bernadette Dewick). Norah was born in West Derby, Lancashire.

Sources: Family history of Alice’s father (focusing on his mother’s side) – http://www.walesonline.co.uk

Genealogy of Alice Eve (focusing on her father’s side) – https://www.geni.com