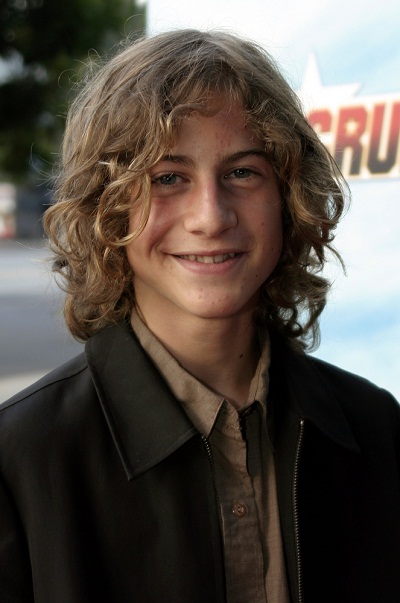 Alex D. Linz is an American actor. He has starred in the films Home Alone 3 (1997) and Max Keeble’s Big Move (2001), among others. His father is of three quarters German, and one quarter Irish and English, ancestry. His mother is from a Jewish family, from Austria and France. Alex was raised Jewish and had a Bar Mitzvah ceremony.

Alex’s paternal grandfather was Raymond Edward Linz (the son of Raymond Harry/Henry Linz and Elizabeth Ann Rice). Alex’s grandfather Raymond was born in Ohio. Alex’s great-grandfather Raymond was of the son of David Robert Linz, whose parents were German, and of Mary Ellen “Nellie” McDermot/McDermott, whose parents were Irish, with at least partial roots in Belfast, Antrim. Elizabeth had English and German ancestry, and was the son of George W. Rice and Caroline Henriette/Henrietta “Carrie” Joering, whose father was German, from Hanover, Region Hannover, Lower Saxony, and whose maternal grandparents were from Baden, Germany.

Alex’s paternal grandmother is Joan Amron Lankisch (the daughter of Paul A. Lankisch and Maria Norma Agnes Weick). Joan was born in Kentucky, and is of German descent. Paul was born in Kentucky, the son of Adolph Lankisch, who was an ethnic German immigrant from Russia, and of Charlotte Schuster, who was German. Maria Norman was the daughter of Francis Joseph “Frank” Weick, whose father was from Prussia, and of Maria Louisa “Mary” Westermann, whose parents were from Alsace Lorraine.

Alex’s maternal grandfather was Harold Alexander “Harry” Baltaxe (the son of Bernhard Baltaxe and Hedwig/Hedy Timfeld/Timföld). Harold was a Jewish emigrant from Austria, who was born in Vienna and left because of the Nazis. Bernhard was the son of Wilhelm/Wolf Leib/Leb Gottlieb Oder Baltaxe/Baltaksi and Eugenie/Eugeni “Jenny” Ehrenhaft. Hedwig was the daughter of Albert Timföld and Rosalie Breier/Breuer.

Alex’s maternal grandmother is named Claire Marie. Claire is an emigrant from France.