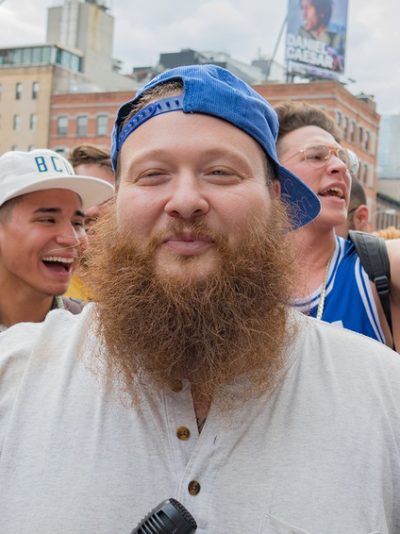 Bronson in 2017, photo by bettorodrigues/Bigstock.com

Action Bronson is an American rapper, songwriter, chef, wrestler, and television presenter. He is also known as Bam Bam, Bronsoliño, and Mr. Baklava.

His father is an Albanian immigrant, of the Muslim religion. His mother is Jewish. Action was brought up a Muslim. He has three children.

Action’s maternal grandmother was Lillian Gold (the daughter of Benjamin/Baruch Gold and Rose Seiler). Lillian was born in New York. Benjamin was born in Russia, the son of Selig Gold and Frima Silverman.