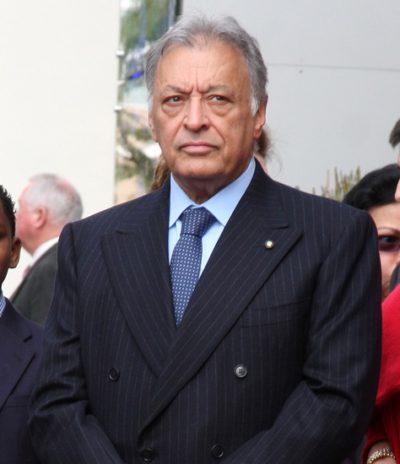 Mehta in 2011, photo by kathclick/Bigstock.com

Zubin is the son of Tehmina (Daruvala) and Mehli Mehta. He speaks Gujarati. His father was born in Bombay, and was a conductor and violinist, who founded and conducted the Bombay Symphony Orchestra and the American Youth Symphony. His mother was born in Pune. His brother is arts executive Zarin Mehta, who lives in Canada. Zubin is married to American actress Nancy Kovack. He has four children, including two with his former wife, Canadian soprano Carmen Lasky. Their son Mervon works at The Royal Conservatory in Toronto. Carmen later married Zubin’s brother Zarin.