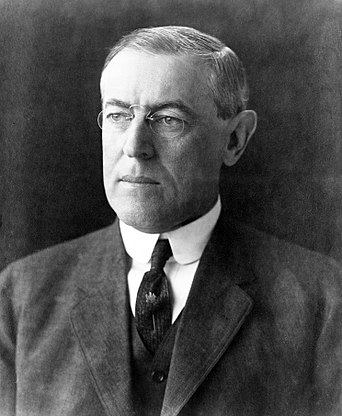 President Wilson’s father, Joseph Ruggles Wilson, was a Presbyterian theologician, who was born in Ohio, to Scots-Irish, Protestant, emigrants from Strabane, County Tyrone, Ireland. President Wilson’s mother was born Jessie Janet Woodrow, in Carlisle, Cumbria, England, to Scottish parents, her father from Paisley, Renfrewshire, and her mother from Glasgow, Lanarkshire.

All eight of President Wilson’s great-grandparents were born outside of the United States, a rarity among American Presidents.

He was married to Edith (Bolling), and, previously, until her death, to Ellen Louise (Axson), with whom he had three children.