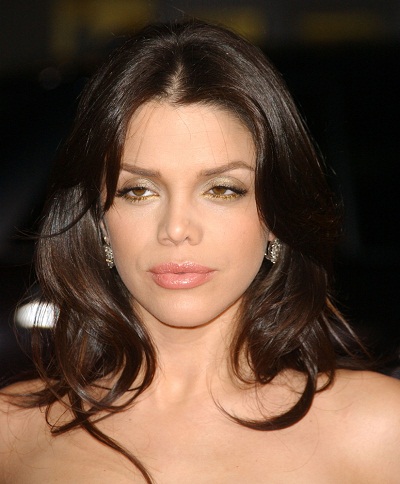 Ferlito in 2008, photo by Prphotos

Vanessa Ferlito is an American actress. She has starred in the films Grind House: Death Proof, Man of the House (2005), Nothing like the Holidays, and Shadowboxer, and the series CSI: NY, 24, and Graceland, among other works. Her parents, Nancy (Cusumano) and Alfred Ferlito, were/are both of Italian descent. Vanessa has played roles of various ethnicities, and said in 2004:

Now people are starting to think outside the box with me. I’ve played Latino parts, but I’m Italian.

Vanessa has a son.