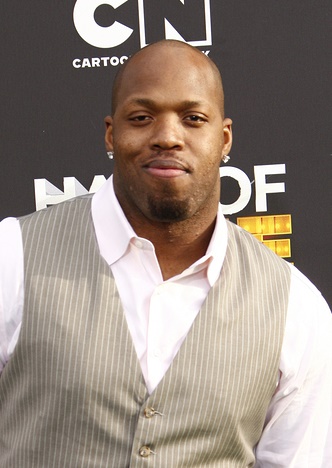 Suggs in 2012, photo by Joe Seer/Bigstock.com

Terrell Suggs is an American football player. He is an outside linebacker in National Football League (NFL). He is nicknamed “T-Sizzle.”

He is the son of Laverne (Kennedy) and Donald Suggs. Terrell has two children with Candace Williams.

Terrell’s paternal grandmother was Pearline Hunter (the daughter of Samuel Floyd Hunter and Julia McDor). Pearline was born in Tennessee.

He has said that he considers himself “half Jewish.” This is likely in a sort of a religious sense, not by ancestry. It is not clear if Terrell has studied Judaism or has converted to Judaism.