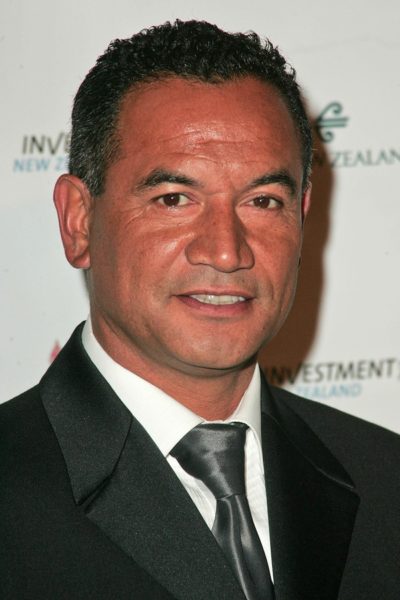 Morrison in 2007, photo by s_bukley/Bigstock.com

Temuera Morrison is a New Zealand actor. His roles include the films Once Were Warriors, Barb Wire, Vertical Limit, Green Lantern, and Aquaman, and Boba Fett in the Star Wars franchise.

He is the son of Hana and Laurance “Laurie” Morrison, a musician. His sister, Taini Morrison (Taini Hannah Merenia Morrison), was a Māori arts performer, and his uncle, Howard Morrison (Howard Leslie Morrison), was a leading television and concert performer. Temuera’s first cousin, once removed, is tennis player Ruia Morrison, the first New Zealand woman and the first Māori to play at Wimbledon. He is also a cousin of rugby union footballer Chris Tuatara-Morrison. Another of his cousins was married to New Zealand Māori tohunga raranga, master weaver, Dame Rangimārie Hetet.

Temuera has a son with his former partner, singer Kim Willoughby; and a daughter with Peata Melbourne.

Temuera is a second cousin of presenter Scott “Scotty” Morrison, who is married to television and radio host Stacey Morrison.

Temuera’s paternal grandfather was Temuera Leslie Morrison (the son of James Montgomery Morrison and Ngapuia Teriana Te Tupara Tokoaitua). Temuera’s grandfather Temuera was born in Rotorua, New Zealand, and represented the Māori All Blacks rugby team. James was born in New Zealand, the son of Lt. James Thomas Morrison, who was Scottish, from Ayrshire, and of Henrietta Fisher, who was born in Kings Lynn, Norfolk, England, to Scottish parents, James Thomas Fisher and Jean Margaret Hunter. Ngapuia was a Māori from Rotorua, Bay Of Plenty, New Zealand, and was the daughter of Te Tupara Tokoaitua and Matapurihi.

Temuera’s maternal grandfather was named Hare Rore Tapata Stafford (the son of Werawera Stafford and Hemoata). Hare was born on Blenheim, South Island, New Zealand. Werawera was the son of William “Bill” Stafford/Straun, who was European, and of Amiria, who was Māori. Temuera’s great-grandmother Hemoata was Māori.

Temuera’s maternal grandmother was Roimata “Ruby” Waeroa Oneroa (the daughter of Te Wairoa Oneroa and Maraea Te Hauparoa). Roimata was born in Waikato, New Zealand. Te Wairoa was Māori, and was the son of Te Oneroa Piripi Ito Ngamoke, whose father was a spiritual leader for the Kaingarara people, and of Te Atawhai Tame. Temuera’s great-grandmother Maraea was the daughter of Te Amohanga Nikora Te Hauparoa, who had Māori, and one quarter European, ancestry, and of Ereni Werawera Hetet, whose parents were of half European and half Māori descent. Ereni was the granddaughter of a whaler, Louis Hétet, who was half French [Breton] and half English ancestry.