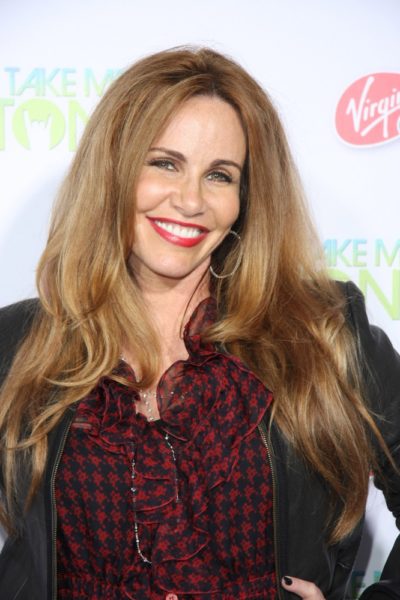 Tawny Kitaen was an American actress, model, and media personality. She starred in the films The Perils of Gwendoline in the Land of the Yik-Yak, Witchboard, and Bachelor Party. She appeared in several music videos for the band Whitesnake, including “Here I Go Again,” and was married to the band’s singer and songwriter David Coverdale.

Tawny was the daughter of Linda and Terry Kitaen. She had two children with her former husband, professional baseball player Chuck Finley. Tawny was raised Jewish.

Tawny’s paternal grandfather was Joseph J. “Joe” Kitaen (the son of David Kitaen and Goldie Levine). Joe was a Russian Jewish immigrant. David’s mother’s surname was Faria. Goldie was the daughter of Dina.

Tawny’s paternal grandmother was Eleanor R. Ellis (the daughter of David Ellis and Ida Schneider/Schinder). Eleanor was born in New York, to Russian Jewish parents. David was the son of Tevia Ellis and Esther Ezralite. Ida was the daughter of Sam/Solomon Schneider and Sarah Cohen.

Tawny’s maternal grandmother was Pearl Elizabeth Strakon. Pearl was born in Washington, and was adopted by Laurenz/Lawrence Strakon and Rebekka A. “Bessie” Tannenbaum. Laurenz was from Rohrbach, Pfaffenschlag bei Waidhofen, Austria, and his parents were born in Bohemia. Rebekka was Jewish, and was born in Bukovina, to parents surnamed Tannenbaum and Handler.

Genealogy of Tawny Kitaen (focusing on her father’s side) – https://www.geni.com