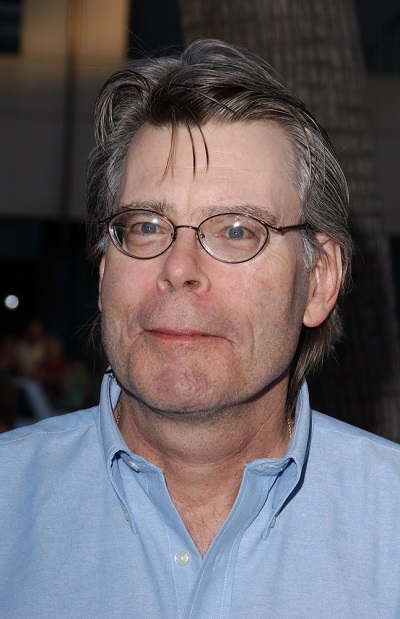 Stephen King is an American writer, director, and actor. He is known for his many horror novels and stories, including Carrie, The Shining, Cujo, Christine, Children of the Corn, and Pet Sematary. He has also been credited as Richard Bachman, John Swithen, and Beryl Evans.

Stephen is the son of Nellie Ruth (Pillsbury) and Donald Edwin King. His father, born under the surname Pollock, later used the surname King (he had also used his own stepfather’s surname, Szczepanski). His father was born in Peru, Miami, Indiana. His mother was born in Scarborough, Cumberland, Maine. His family has Colonial American roots in Maine.

With his wife, author and activist Tabitha (Spruce) King, he has three children, including authors Joe Hill and Owen King.

Stephen’s paternal grandfather was William Edwin Pollock (the son of David Rittenhouse Pollock and Elizabeth Davis). William was born in Cass County, Indiana. David was the son of John Pollock and Rosanna Maria/Marie Rittenhouse. Elizabeth was the daughter of Nathan Davis and Martha Maston/Masten.

A DNA test taken by the show Finding Your Roots with Henry Louis Gates, Jr. (2014) stated that Stephen’s genetic ancestry is: