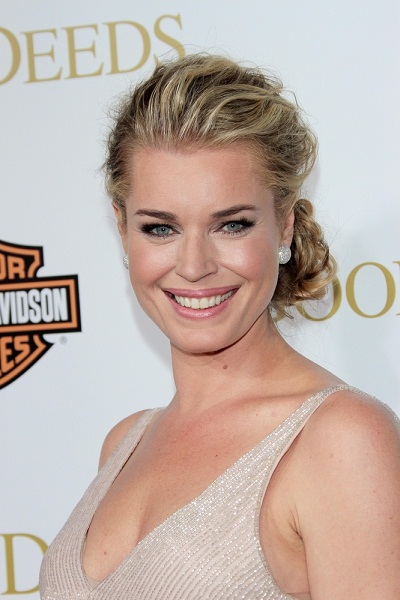 Rebecca Romijn is an American actress and model. She has starred on the sitcom Ugly Betty, and in the X-Men films, among other roles.

Rebecca is the daughter of Elizabeth and Jaap Romijn. Her father is Dutch. Her mother, who was born in the U.S., is of half Dutch (father) and half British Isles/English (mother) descent. She is married to actor Jerry O’Connell, with whom she has two children. She was previously credited as Rebecca Romijn-Stamos, while married to actor John Stamos.

Sources: Genealogies of Rebecca Romijn (focusing on her mother’s side) – http://worldconnect.rootsweb.ancestry.com
https://www.geni.com