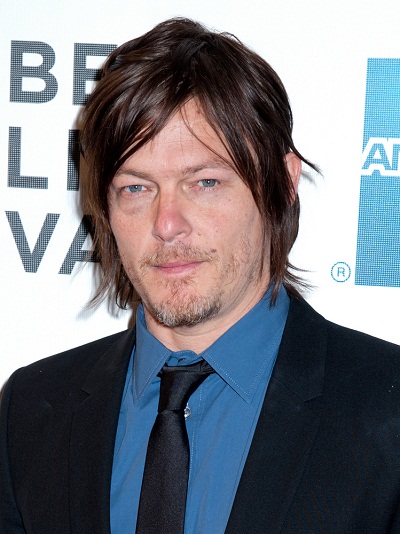 Norman Reedus is an American actor, model, writer, and director. He was born in Hollywood, Florida, the son of Marianne (Yarber) and Ira Norman Reedus. He was raised in Los Angeles, California. He has one sister, Leslie Renee Reedus. Norman has a son with his former partner, Danish model Helena Christensen; and a daughter with his partner, German actress and model Diane Kruger.

Norman’s patrilineal line can be traced to his six times great-grandfather, Norman Redus, who was born, c. 1710, in England.

Norman’s paternal grandmother was Crocefissa/Cracefissa “Helen”/”Hellen”/”Nellie” Butera (the daughter of Giuseppe “Joseph” Butera and Teresa/Theresa Giambarresi). Crocefissa was born in Massachusetts, to Italian parents. Giuseppe was the son of Giuseppe Butera and Francesca Di Gregorio. Teresa was born in Riesi, Province of Caltanissetta, Sicily, the daughter of Francesco Giambarresi and Crocifissa/Cracefissa Di Termini.

Norman’s maternal grandfather was Robert Vardell Yarber (the son of John Findley/Finney Yarber and Beulah Viola/Victoria Badgett/Badger). Robert was born in Texas. John was the son of John Findley Yarber, Jr. and Nancy Daniel. Beulah was the daughter of James Mattison Badgett and Mary Emma Reese.

Sources: Interview where Norman talks about his paternal grandfather – http://jam.canoe.ca

Genealogy of Norman Reedus (focusing on his father’s side) – http://lamarkin.com

Genealogy of Norman Reedus (focusing on his mother’s side) – http://familytreemaker.genealogy.com