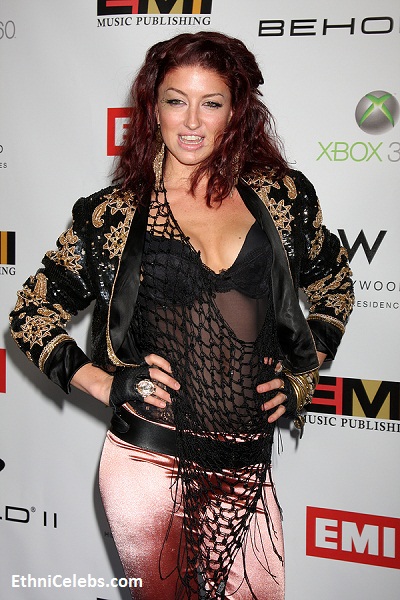 Hitch in 2011, image via Joe Seer/bigstock

Neon Hitch is a British singer and songwriter.

Neon was initially raised in Nottingham. After their house burned down, her family lived in a caravan, largely in a Romani community, and Neon travelled and performed with the Archaos circus in her teen years. She was a trapeze artist, fire swinger, and stilt walker, and spent a few years living in India. Neon was discovered by an American agent on her MySpace account.

Neon has a daughter.