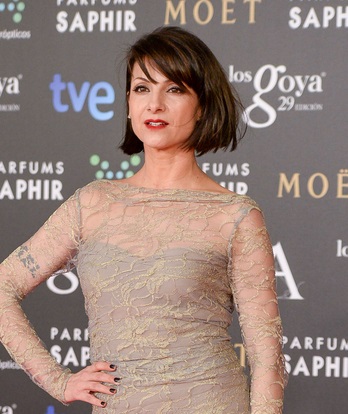 Najwa Nimri is a Spanish actress and singer. Her father, Karam Nimri, is Jordanian, and is also of Greek descent. Her mother, Magdalena Urrutikoetxea Llorca, is of Basque and Spanish descent, from San Sebastián, Gipuzkoa.

Najwa has a son. She was previously married to film director Daniel Calparsoro López-Tapia, until their divorce.

Najwa’s paternal grandfather was named Tawfiq Nimri (the son of Faris Nimri and Enzila). Tawfiq was an Arab.

Sources: Genealogy of Najwa Nimri (focusing on her mother’s side) – https://www.myheritage.com