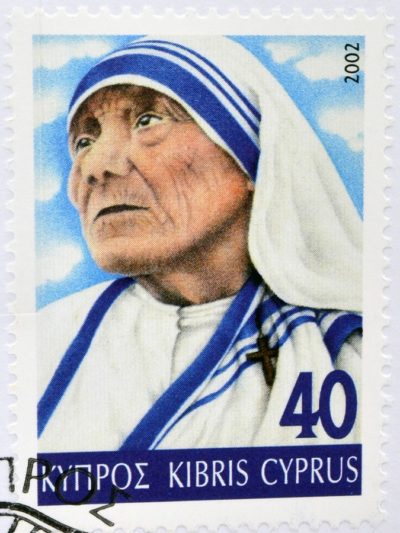 Mother Teresa, or Teresa of Calcutta, was a Roman Catholic religious sister and missionary. She has been declared a saint by Pope Francis. During her lifetime, Mother Teresa lived in Ireland and India, and acquired citizenship in the latter.

By blood, I am Albanian. By citizenship, an Indian. By faith, I am a Catholic nun. As to my calling, I belong to the world. As to my heart, I belong entirely to the heart of Jesus.

Some have stated that Nichollë may have been Macedonian. Others have also stated that he was of Vlach descent. It is not clear if there is any evidence for these claims.

Sources: Genealogy of Mother Teresa (focusing on her father’s side) – http://www.geni.com