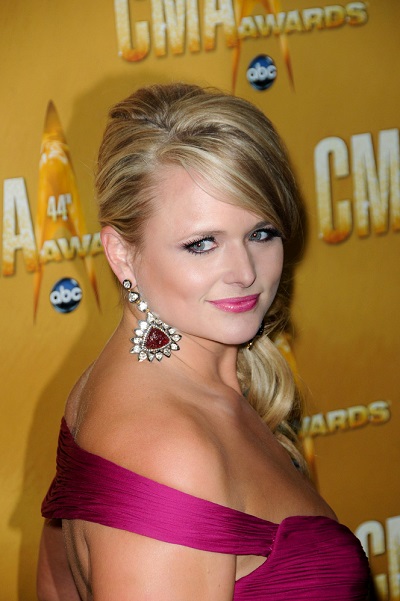 Lambert in 2010, photo by Prphotos.com

Miranda Lambert is an American country music singer and television personality. She is the daughter of Beverly June (Hughes) and Richard Lee Lambert. She is married to police officer Brendan McLoughlin.

Miranda’s paternal grandfather was Leslie Leroy Lambert (the son of Giles Roger Lambert and Lena May Shields). Leslie was born in Texas. Giles was the son of John Sappington Lambert and Bertha Downing. Lena was the daughter of Pickney Wesley Shields and Emma Stewart.