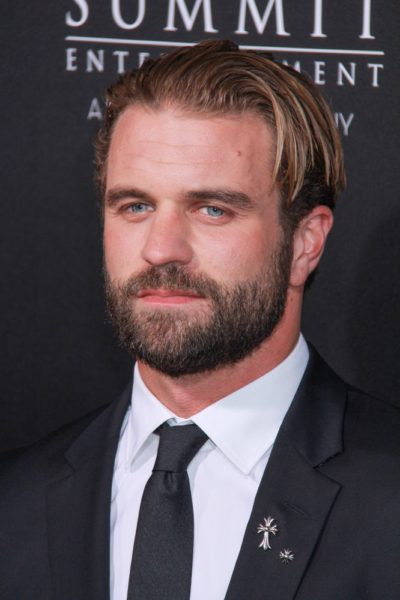 Milo Gibson is an Australian and American actor. He is the son of Robyn Denise (Moore), a dental nurse, and American-Australian actor and filmmaker Mel Gibson. One of his uncles, Donald Gibson, is also an actor. Milo’s father was born in Peekskill, New York, to an American father and an Irish mother, and also had an Australian paternal grandmother. Milo’s mother is Australian. His father is Catholic and his mother is a member of the Church of England.

Milo’s patrilineal line can be traced to John Gibson, who was born, c. 1601, in England.

Milo’s paternal grandfather was Hutton Peter Gibson (the son of John Hutton Gibson and Eva Mylott, born Eva Teresa Mylott). Milo’s grandfather Hutton was born in New York, U.S. Milo’s great-grandfather John was born in Philadelphia, Pennsylvania, and was the son of John Gerard Gibson, who had English, Irish, Scots-Irish/Northern Irish, Scottish, and Welsh ancestry, and whose family was involved in the tobacco business; and of Susan Louisa Miller O’Farrell/Farrell, who was of Irish descent. Milo’s great-grandmother Eva was an Australian opera singer. She was born in Tuross Head, New South Wales, to Irish parents, Patrick Mylott and Mary Heffernan.

Sources: Genealogies of Milo Gibson (focusing on his father’s side) – http://worldconnect.rootsweb.ancestry.com
https://www.geni.com
https://gw.geneanet.org

Genealogy of Milo’s father (focusing on his own father’s side) – http://www.wargs.com