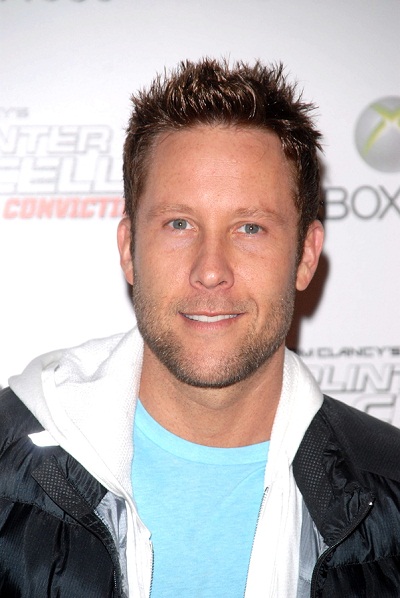 Rosenbaum in 2010, photo by s_bukley/Bigstock.com

Michael Rosenbaum is an American actor, producer, singer and comedian. He is known for playing Lex Luthor on the television series Smallville, and for his role in the film Urban Legend (1998). He is the lead singer of band Sun Spin.

His mother Julie is a writer, who wrote the book “Journey of a Lifetime.” His uncle is pet behaviorist Warren Eckstein.

Michael’s paternal grandmother is Blanche Ehrlich/Peskin (the daughter of Aaron Ehrlich and Helen Rose Edelstein). Blanche was born in New York. Aaron was the son of Austrian Jewish parents, William Ehrlich and Rose Rinaldo/Renaldo. Helen was the daughter of Albert Edelstein and Olga Rosenbaum, who were also Jewish.

Michael’s maternal grandfather was Charles David Eckstein (the son of Izak/Louis/Lewis Eckstein and Mindel/Minnie Toraschreiber/Schreiber). Charles was born in New York, to Austrian Jewish/Ukrainian Jewish parents. Izak was born in Husiatyn, the son of Wolf Eskstein and Leah Reichman. Minnie was born in Sambur, the daughter of Marcus Schreiber and Rifka Mintz.

Michael’s maternal grandmother was Fannie Ruth Weiss (the daughter Louis/Lewis Weiss and Molly or Esther Marcus). Ruth was born in New York. Louis was an Austrian Jew. Esther was a Romanian Jew.