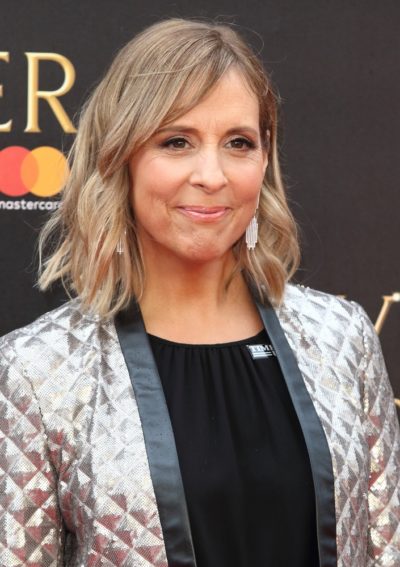 Mel Giedroyc is a British television presenter, comedian, and actress.

Mel is the daughter of Rosemary and Michal Giedroyc (Michal Jan Henryk Giedroyc), an aircraft designer and historian. Her father was born in Łobzów, Poland, and was a member of the Giedroyć prince family of Lithuania. She is the sister of film and television director Coky Giedroyc and children’s writer Kasia.