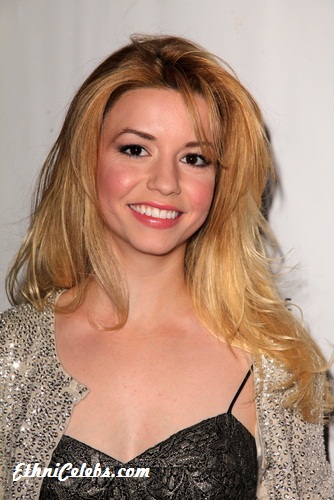 Lusha in 2011, photo by s_bukley / Shutterstock.com

Masiela Lusha is an American actress and author. She is known for playing Carmen Lopez on the series George Lopez, and for her role in the film Blood: The Last Vampire.

Masiela was born in Tirana, Albania, the daughter of Daniela, a magazine publisher, and Max Lusha. Her family left Albania in 1990 as refugees, and lived in Budapest, Hungary, and Vienna, Austria, before settling in Michigan, U.S. when she was seven. Her great-uncle, Dr. Joseph H. Alli, was a colonel in the U.S. Army during WWII, and a chief of laboratories for the U.S. Department of Veterans Affairs.

She is fluent in Albanian, and also speaks Hungarian and German. She has written books in both English and Albanian. She is married to financier Ramzi Habibi, with whom she has two children.