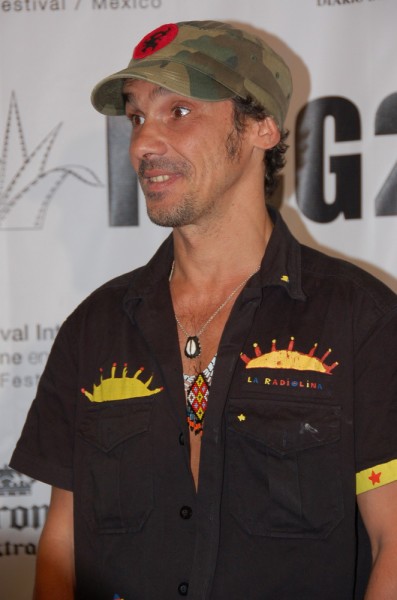 Manu Chao is a French singer. He is also known as Oscar Tramor. His brother is musician Antoine Chao.

Manu is the son of Felisa Ortega and Ramón Luís Chao Rego. His father was born in Villalba in Galicia, Spain. His mother was born in Bilbao in Basque Country, Spain. They fled Spain after Ramón’s father had been sentenced to death by the dictator Francisco Franco.

Manu’s paternal grandfather lived in Cuba and returned to Galicia, Spain. His great-grandmother Dolores fled to Cuba, to work as a domestic and became pregnant by her boss, García Kolhy.

Manu’s maternal grandfather was named Tomás Ortega. Tomás was a communist, who fled to Algeria during the Spanish Civil War.