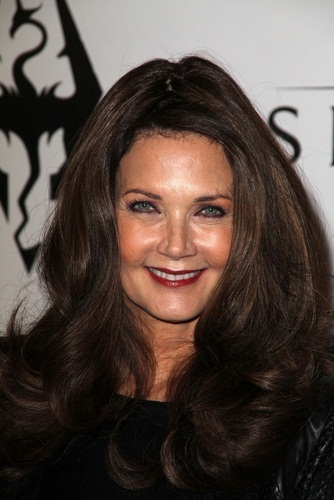 Lynda Carter is an American actress, singer, songwriter, and model. She was crowned Miss World USA 1972. She is famous for her role as Wonder Woman in the 1970s television series.

Lynda is the daughter of Juanita (Cordova) and Colby Carl Carter. Her father had English, German, and Scots-Irish/Northern Irish ancestry, and her mother was of Mexican/Spanish-Mexican descent. Lynda is not able to speak Spanish fluently but can understand the language.

Lynda was married to business executive and lawyer Robert A. Altman, until his death, with whom she has two children.

I grew up in a house filled with music. My mother, who is of Mexican and Spanish descent, used to sing to my English-Irish father, and between the two of them I was introduced to a diverse array of music…

Genealogy of Lynda Carter (focusing on her father’s side) – http://worldconnect.rootsweb.ancestry.com