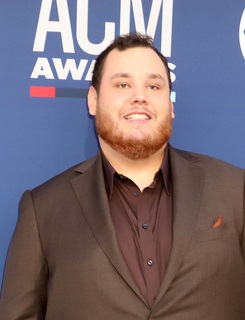 Luke Combs is an American country music singer and songwriter.

Luke is the son of Rhonda and Chester Combs. He was raised in Ashville, North Carolina. He is married to Nicole Hocking.

Luke’s paternal grandfather was Chester Lee Combs (the son of Elza Addison Combs and Gladys G. King). Chester was born in Maryland. Elza was the son of Angus Addison Combs and Annie Laurie Buckley. Gladys was the daughter of William H. King and Elmira Rice.