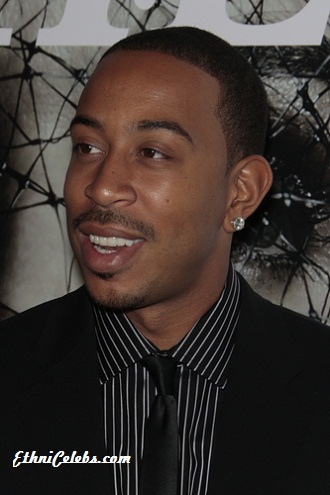 Ethnicity: African-American, as well as small amount of Native American

Ludacris is an American recording artist/rapper, entrepreneur, and actor. He was born in Champaign, Illinois, to African-American parents, Roberta Shields and Wayne Brian Bridges. He moved to Atlanta, Georgia, with his family in his high school years. Ludacris got his first major break in 2000, with his album Back for the First Time. He is also known as Chris Lova Lova and Luda.

According to Ludacris’s family stories, one of his great-great-grandfathers was a white Jewish man who was said to be named Luther Smith. It is not clear if Ludacris having Native American and/or Jewish ancestry has been verified/documented.

Ludacris is married to Gabonese model Eudoxie Mbouguiengue. He has three children, including a daughter with Eudoxie. Ludacris has acquired Gabonese citizenship.

Ludacris’s paternal grandfather was Otha Paris Bridges (the son of Thomas H. Bridges and Augusta Cheek). Otha was born in North Carolina. Thomas was the son of Peter Bridges and Terra/Terry Cross. Augusta was the daughter of Hugh R. Cheek and Mary J. Davis.

Ludacris’s maternal grandmother was Juanita Irene Craig (the daughter of William G. Craig and Bertha Cheatham Motley). Juanita was born in Illinois. William was the son of William A. Craig, who was of African-American and Native American descent, and Nancy. Bertha was the daughter of Luther Baker Smith and Stella Motley.

Ludacris is a cousin of singer Monica‘s stepfather.