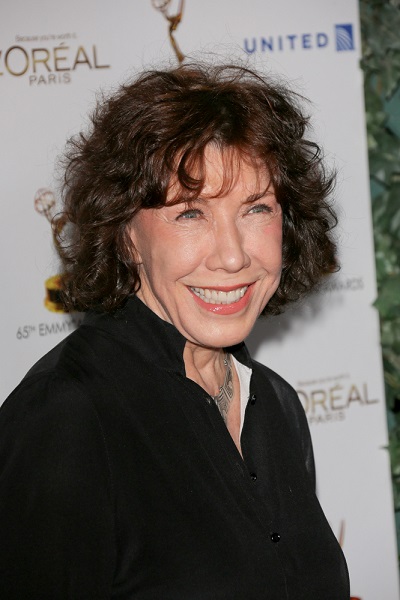 Lily Tomlin is an American actress, comedian, writer, singer, and producer. Her roles include Nashville, All of Me, Flirting with Disaster, and Grandma, among many others.

Her parents, Lillie Mae and Guy Tomlin, were Baptists from Kentucky who moved to Detroit. Lily is married to writer, director, and producer Jane Wagner.

Lily’s maternal grandfather was William Thomas “Willie” Ford (the son of John Bennett/Bennet Ford and Nancy Emmeline/Emeline/Emmaline Lantrip). William was born in Kentucky. John was the son of Jesse Ford and Nancie Francie Downe. Nancy was the daughter of Thomas Lantrip and Elizabeth/Eliza Catherine/Catharine Croft.