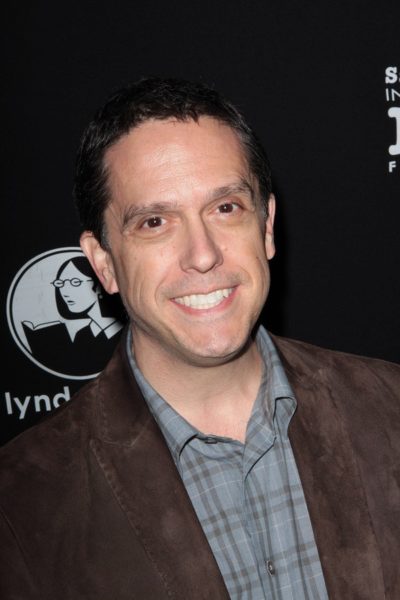 Unkrich in 2011, photo by s_bukley/www.bigstockphoto.com

Lee Unkrich is an American director, film editor, and screenwriter.

Lee is the son of Emilie and Robert Unkrich. His father, who has English and German ancestry, converted to Judaism. His mother is from an Ashkenazi Jewish family. Lee had a Bar Mitzvah ceremony. Lee is married to Laura Century, who is also Jewish. The couple has three children.

Lee’s paternal grandfather was Lewis S. Unkrich (the son of Julius H. Unkrich and Edith M. Carter). Lee’s grandfather Lewis was born in Ohio. Julius was the son of German parents, Simon Unkrich and Sophia Kohl. Edith was the daughter of Fred L. Carter, whose own mother was English, and of an English mother.

Lee’s paternal grandmother was Gladys H. Stone (the daughter of Hubert J. Stone and Cora/Corra Ada Kibby). Gladys was born in Ohio or Tennessee. Hubert was the son of Canadian parents. Cora was the daughter of Halium D. Kibby and Martha.

Lee’s maternal grandfather was Leo Leopold Leuchtag (the son of Emil Mony Leuchtag and Ethel Kurcz/Kirtz/Kirz). Lee’s grandfather Leo was born in Ohio, to Hungarian Jewish parents. Emil was the son of Herman/Hermann Leichtag/Leuchtag and Augusta/Gusti Herz/Hutz, who were from Spišská Stará Ves, Kežmarok District, Prešov Region, Slovakia. Ethel was the daughter of Leopold Lipot Kircz/Kirz/Kirtz and Rosa Hollander, who were from Huncovce and Hrabušice, Slovakia.

Genealogy of Lee Unkrich (focusing on his mother’s side) – https://www.geni.com