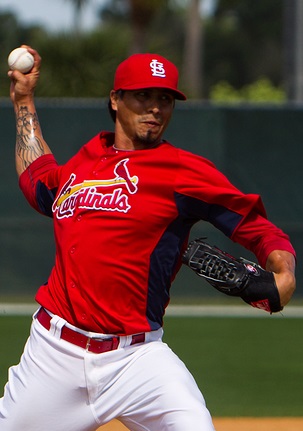 Lohse in 2011, photo by mtrommer/Bigstock.com

Kyle’s paternal grandmother was Mae/May Jane Button (the daughter of Clarence Leroy Button and Oral Marie Brownfield). Mae was born in California. Clarence was the son of Charles Edward Button and Minnie Mable Heathcote. Oral was the daughter of Joseph Henry Brownfield and Anna Belle Craig.

Kyle’s maternal grandfather was Theodore Hernando Pata (the son of Juan Pata and Manuela Hernando). Theodore was born in the Philippines.