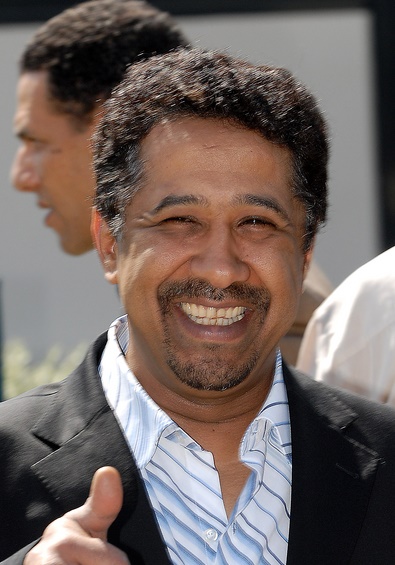 Khaled, also known as Cheb Khaled, is an Algerian raï singer, songwriter, multi-instrumentalist, and musician. He became famous through songs such as “Didi”, “Aïcha”, and “C’est la vie”. His immense popularity lead to him sometimes being called the “King of Raï”.

He has held Moroccan citizenship since 2013. He is married to Samira Diabi, with whom he has five children.

Khaled’s mother is from Béchar, Algeria. His parents can be seen here.