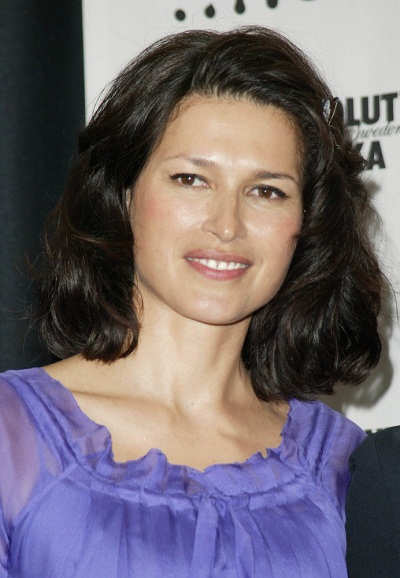 Lombard in 2004, photo by Prphotos

Karina Lombard is a French and American actress, singer, and model. She is known for her role on the drama series The L Word as Marina.

Karina was born in Tahiti, French Polynesia. Her father, Henri Lombard, is said to be of Swiss and Russian descent, and is also stated to be from an aristocratic family. In press articles on Karina, her mother is said to be Nupuree Lightfoot, a Lakota Native American medicine woman. It is not clear if that is accurate. Her mother’s surname may in fact have been Mataitai, a Polynesian name.

Articles from 1993 say that Karina was raised by her father, after he persuaded her mother to give up rights to Karina, “under pressure from his aristocratic family to leave Nupuree… “She agreed we should have a ‘white’ upbringing.””

Karina grew up in Switzerland and Barcelona, Spain, and attended several Swiss boarding schools. She speaks several European languages, including English. She moved to New York City, New York, U.S., when she was eighteen.