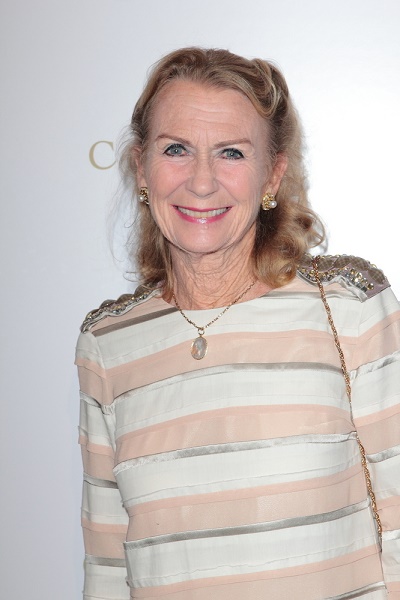 Juliet Mills is a British and American actress. She is known for her roles in the film Avanti! and on the soap Passions. She is the daughter of actress and writer/dramatist Mary Hayley Bell and actor John Mills (born Lewis Ernest Watts Mills). Her mother was born in Shanghai, China. She is the sister of actress Hayley Mills and director Jonathan Mills. She became a U.S. citizen in 1975.

Juliet’s paternal grandmother was Edith Catherine Baker (the daughter of John George Baker and Elizabeth Darnall). Edith was born in Holborn. John was the son of John Emmanuel Baker and Jane Hill/Robertson Wise.

Juliet’s maternal grandfather was Colonel Francis Hayley Bell (the son of Frederik/Frederick Hayley Bell and Elizabeth Mary Mackrill Smith). Francis was born in Shanghai, China. He served in the Chinese Maritime Customs Service with postings to various Treaty Ports. Frederik was born in London, England, the son of William Bell and Elizabeth Kinnear, who were mostly of Scottish origin. Juliet’s great-grandmother Elizabeth Smith was the daughter of Joseph Mackrill Smith and Mary Ann Lefeaux.