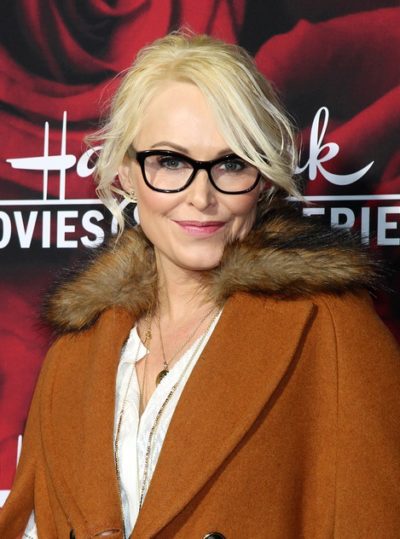 Josie Bissett is an American actress.

Josie is the daughter of Linda A. (Bissett) and Joseph E. “Joe” Heutmaker. Josie’s parents have German, Austrian, Irish, and Dutch ancestry. Josie has two children with her former husband, actor Rob Estes. She is now married to Thomas Doig.

Josie’s paternal grandfather was Norman George Heutmaker (the son of George Leonard Heutmaker and Lena F. Schmidt). George was the son of William Heutmaker/Heutmacker, who was from Holland, and of Mary Gertrude Dressen/Dresen.

Josie’s paternal grandmother was Donna Kathleen Hogan (the daughter of Bernard E. Hogan and Loretta Ann). Donna was born in Manitoba, Canada. Bernard was Canadian. Loretta was born in Michigan, to Canadian parents.

Josie’s maternal grandfather was Lawrence James “Larry” Bissett/Baskett (the son of John Baskett and Mary). John was born in New Jersey, to parents from Austria. Mary was born in Washington, to a father from Germany and a mother from Austria.