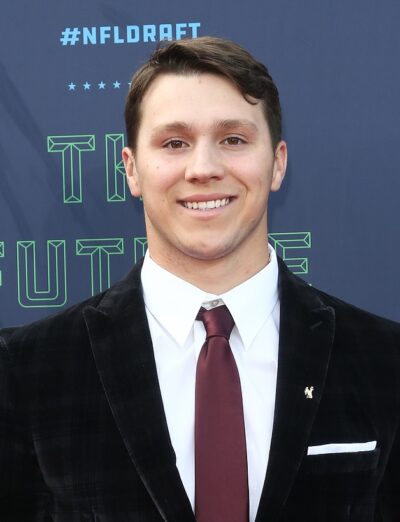 Josh Allen is an American professional football player. He is a quarterback for the Buffalo Bills of the National Football League (NFL).

Josh is the son of Lavonne and Joel Allen. He was raised on a farm.

Josh’s paternal grandfather was Alfred Erland Allen (the son of Arvid Allen and Beulah Mae Elliott). Alfred was born in California. Arvid was born in Eldsberga, Halmstads kommun, Hallands län, Sweden. Beulah was the daughter of Ruth Caldony May Brown.

Josh’s paternal grandmother was Patricia Lee “Pat” Bracken (the daughter of William Christopher Bracken and Lorene Kelley/Tichnor). Patricia was born in California. William was born in Texas, the son of Joseph M. Bracken and Margaret Davis. The Bracken line leads to Schleswig-Holstein, Germany.

Sources: Genealogy of Josh Allen (focusing on his father’s side) – https://www.geni.com