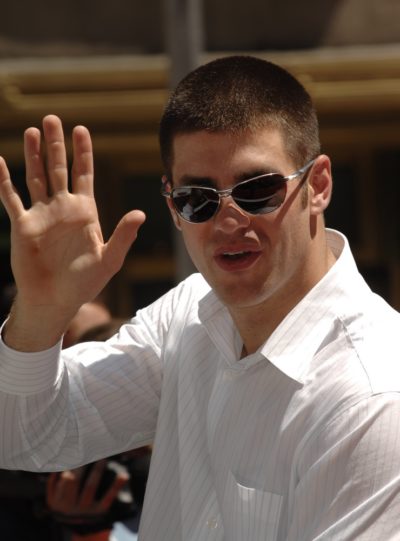 Joe Mauer is an American professional baseball player. He was a catcher, designated hitter, and first baseman. He spent his entire Major League Baseball (MLB) career with the Minnesota Twins.

Joe is the son of Teresa and Donald Mauer. His cousin is NBA referee Ken Maurer. He is married to nurse Maddie Bisanz, with whom he has three children.

Joe’s maternal grandmother is Phyllis Mae Nadeau (the daughter of Leon Peter Nadeau and Caroline/Carrie Wilharber). Phyllis was born in Minnesota. Leon was the son of French-Canadian parents, Napoleon/Leon Nadeau and Mary Perron. Caroline was the daughter of Walter Louis Wilharber and Sophie Poferl.