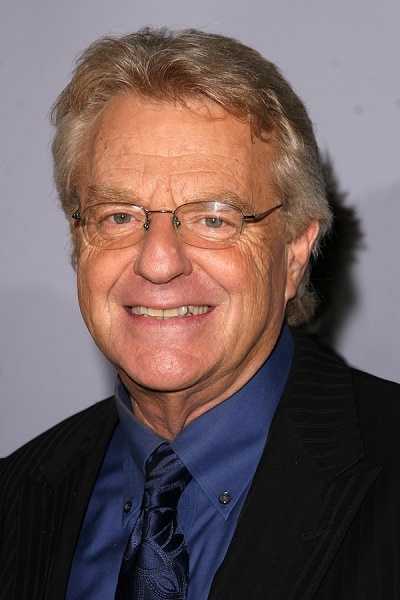 Springer in 2008, photo by s_bukley/Bigstock.com

Jerry Springer is an American television presenter, politician, news presenter, actor, producer, musician, and lawyer. A member of the Democratic Party, he served as the 56th Mayor of Cincinnati, Ohio, from January 1, 1977 to January 1, 1978.

Jerry was born in Hendon, Middlesex, England, to German Jewish parents, Margot (Kallmann) and Richard Springer, who was born in Gorzów Wielkopolski, Poland. He moved to the U.S. in 1949, being raised in Kew Gardens, Queens, New York. Jerry has a daughter with his former wife Micki Velton.

Jerry’s paternal grandmother was Selma Elkeles (the daughter of Leib Louis Elkeles and Seraphina Pelter/Peltner). Selma was born in Poznań, Poland, and died in the Holocaust, in 1943, in Theresienstadt. Leib was the son of Heimann Itzig Elkeles and Sara Hamm. Seraphina was the daughter of Bernhard Pelter and Eva Emma Birkheim.

Jerry’s maternal grandmother was named Marie. Marie was killed in the Holocaust, in 1942, in the Chelmno extermination camp.

History of Jerry’s family during the Holocaust – http://www.independent.co.uk