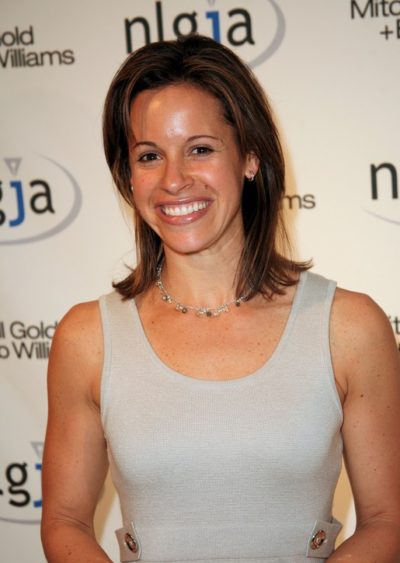 Jenna Wolfe is an American journalist and personal trainer.

Jenna is the daughter of Sheila (Greenfeld) and Bennet/Bennett Wolfeld.

While my father was born and raised in Puerto Rico and my mom in New Jersey, both parents are Jewish and raised my brother and me accordingly. It wasn’t a STRICT Jewish home, but we still managed to observe all the Jewish holidays, despite living out of the country. We celebrated Hanukkah on the beach, and both my brother and me were bar and bat mitzvah’d while living in the islands.

Jenna’s paternal grandfather was Maxwell Wolfeld (the son of Benjamin Wolfeld and Tessie). Maxwell was born in New York, to parents from Austria.

Jenna’s maternal grandfather was Jerry Greenfeld (the son of Emanuel Greenfeld and Rose). Jerry was born in New York, to a father from New York, whose own parents were from Austria, and to a mother from Russia.

Jenna’s maternal grandmother was Estelle Goldberg (the daughter of Sam Goldberg and Rose). Estelle was born in New Jersey, to parents from Lithuania.