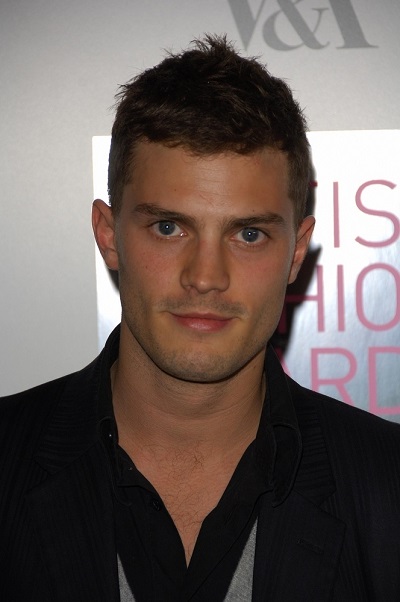 Dornan in 2006, photo by PrPhotos.com

Jamie Dornan is a Northern Irish actor, model, and musician. He is known for starring in the series The Fall and the Fifty Shades films.

He is the son of Lorna and Jim Dornan (James Connor Dornan), who is an obstetrician and gynaecologist. He is from a Protestant family. His grandparents on both sides were Presbyterian ministers. Jamie is married to English actress and musician Amelia Warner, with whom he has three children.

One of Jamie’s grandmothers was a first cousin of actress Greer Garson.

Jamie’s paternal grandfather was named James Dornan. James was born in Down.

Sources: Genealogy of Jamie Dornan (focusing on his father’s side) – https://www.geni.com