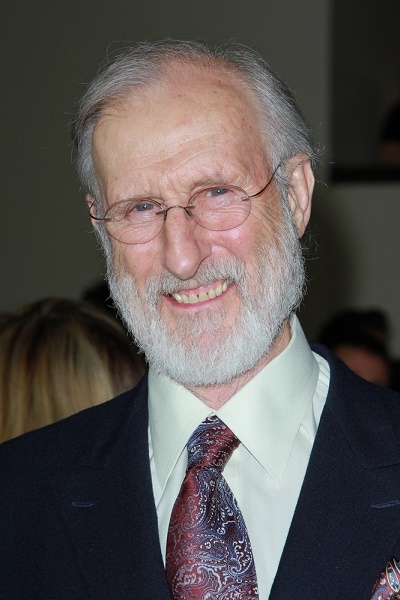 Cromwell in 2012, photo by s_bukley/bigstock.com

James Cromwell is an American actor and activist. His roles include the films Revenge of the Nerds, Babe, Star Trek: First Contact, L.A. Confidential, The Green Mile, Still Mine, The Longest Yard, The Queen, Spider-Man 3, W., Secretariat, The Artist, and Jurassic World: Fallen Kingdom, and television’s Angels in America, Six Feet Under, American Horror Story, Succession, and Julia, among many other works. He has also been billed as Jamie Cromwell.

He is the son of John Cromwell (Elwood Dager Cromwell), an actor, director, and producer, and Kay Johnson (Catherine Townsend Johnson), an actress. James is married to actress Anna Stuart. He has three children with his former wife Ann Ulvestad.

James’s paternal grandfather was George O. Cromwell (the son of Peter Cromwell and Mary Shottenkirk/Isbister). George was born in Ohio. Peter’s father was English, and his mother’s name was Zrilley Leany. Mary was born in Edinburgh, Midlothian, Scotland, the daughter of Caleb Isbister and Elizabeth Newton.

James’s paternal grandmother was Helen Mary Sheeler/Scheeler (the daughter of Christian/Christopher Sheeler and Elizabeth Kaldenbaugh/Koldenbough). Helen was born in Ohio, and was of German descent. Elizabeth was the daughter of Jacob Kaldenbaugh and Mary Spaar.

Genealogy of James Cromwell (focusing on his father’s side) – http://freepages.genealogy.rootsweb.ancestry.com

Genealogy of James Cromwell (focusing on his mother’s side) – https://www.geni.com