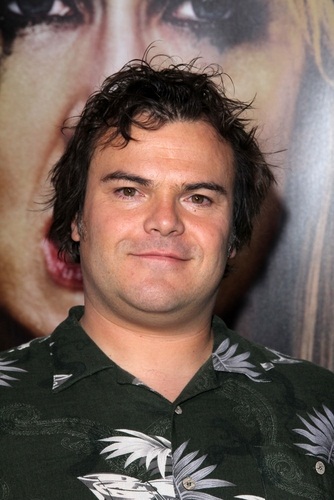 Jack Black is an American actor, comedian, singer, producer, and writer. He has starred in the films Shallow Hal and School of Rock, among many others. He is one half of the comedy rock duo Tenacious D, alongside Kyle Gass.

Jack is the son of Judith Lois/Love Cohen, an aerospace engineer and author, and Thomas William Black. His half-brother is engineer and scientist Neil Siegel. Jack’s paternal grandfather was of Northern Irish, Scottish, English, and extremely remote French and Welsh, ancestry, and Jack’s paternal grandmother was of German descent. Jack’s mother was the daughter of Russian Jewish immigrants. Jack’s father converted to Judaism when marrying Jack’s mother, and Jack was raised Jewish.

Jack’s surname may be derived from the Scottish name Blacksmith. He stated this on the The Tonight Show with Jay Leno. Jack is married to artist, cellist, and singer Tanya Haden, with whom he has two children. Tanya’s mother was Jewish. Jack and Tanya are raising their children in the Jewish faith.

Jack’s maternal grandfather was Morris Cohen (the son of Jacob Cohen and Celia Newman). Morris was a Russian Jewish immigrant.

Jack’s maternal grandmother was Sarah Roisman (the daughter of Isadore/Isidore/Isaac Roisman and Bella Bookspun/Buchspan). Sarah was a Russian Jewish immigrant. Bella was the daughter of Nissen Buchspan and Sarah Kerestin.

Genealogies of Jack Black (focusing on his father’s side) – http://worldconnect.rootsweb.ancestry.com
http://humphrysfamilytree.com