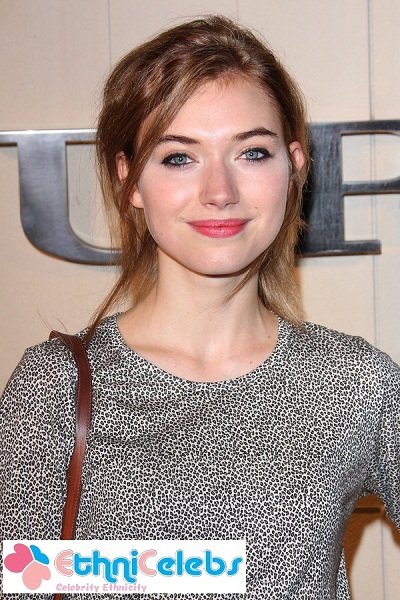 Poots in 2011, image via kathclick/Bigstock.com

Imogen Poots is a British actress.

She is the daughter of journalist and voluntary worker Fiona and television producer Trevor Poots. Her father is from Belfast, Northern Ireland. Her mother is of English and Scottish descent. Imogen has stated that the surname Poots is Dutch, though it can in fact also be English.

Imogen’s maternal grandmother was Grace Wilson (the daughter of John Wilson and Selena Arnold). Grace was born in Scotland, to a Scottish father and an English mother. John was the son of Alexander Wilson and Margaret Young. Selena was the daughter of William Arnold and Mary Lamb.

Source: Genealogy of Imogen Poots (focusing on her mother’s side) – https://www.geni.com